You can create and nurture job opportunities using a counterintuitive thought process. To do so, train your mind to first think how an opportunity can work instead of how it won’t. To create opportunities, practice responding “I am interested in learning more, let’s see how this develops” when presented with a potential job lead.

For example, when the phone rings or an email arrives with an unexpected opportunity, or when you come across a new job or career idea, follow this two-step process:

Step 1 – Explore – Keep an open mind and give it thought; talk it through.

Do not reverse these steps. Candidates who directly or subtly convey an initial reluctance or hesitation often lose opportunities that may evolve. As an example, perhaps a potential employer mentions one of the following statements, as shown in bold type. A suggested response follows each statement.

Never lie and never mislead. But, it is perfectly fine to say, “I’d like to learn more.”

Never lie and never mislead. But, it is perfectly fine to say, “I’d like to learn more.”

To optimize and expedite your job search, use this simple evaluation worksheet. Write down your responses – don’t just think them through. Greater objectivity is always achieved by looking at the whole picture.

1. Perhaps I can work from home.

Why It Would Not Work

1. I will have to relocate.

The Job Dog invites you to look at it as he does. Good dogs follow a scent they pick up even before knowing what it is. Good dogs always explore.

The Job Dog invites you to look at it as he does. Good dogs follow a scent they pick up even before knowing what it is. Good dogs always explore.

When you find yourself having negative evaluation thoughts too quickly, learn to say, “Hold on, let’s identify two or three reasons why this just might work.”

Consider and list at least five negatives that would cause you to decline an opportunity. Then, script a positive response to each obstacle that will keep things moving forward with both parties talking.

To learn some common reasons that people don’t explore opportunities, read these stories from real clients. People tend to evaluate four primary job factors too quickly before they explore: (1) location, (2) job level, (3) industry or organization, and (4) money. Let’s look at each category.

Let’s say it is important to you to find a new job in your local area. However, is it possible that, after a lengthy period of unemployment, you would be willing to consider a new job in a new location?

Mary said, “I could possibly relocate for a year to Texas; I’ll call it a sabbatical or vacation year in the sun. While there and employed, I could continue to look for new opportunities back in my hometown once my career is back on track.” We loved her attitude: “I’ve been employed for too long in one place not to take on a bit of an adventure; I like feeling young and adventuresome.” She explored before she evaluated.

Is it possible that the organization contacting you just might be growing fast enough that getting your foot in the door could accelerate your career? Some job candidates are overly concerned with job titles and are not willing to get past a temporary reduction in responsibility. Others are not even willing to consider an upgraded job opportunity.

Carla was an unemployed client who had been a customer service supervisor. During her job search, she became aware of a temporary contract assignment in a phone center at a much lower organizational level. The Job Dog encouraged her to take this opportunity while she continued her search. The assignment then turned into a fulltime position that paid her an acceptable salary – and still had plenty of room for future growth. Six years later, she loves the company. She explored before she evaluated.

We regularly see clients who have worked their entire career on one path and only search competitors for opportunities. This approach will limit your prospects.

Joe had lost his job as a police officer. Due to major funding cutbacks across his state, it was unlikely he would find another similar opportunity. He evaluated his core competencies: serving people, understanding the law, keeping people safe, knowing how to give constructive feedback and even how to diffuse a volatile situation. He also considered his love of being outdoors along with his love of home repairs. He took a few online courses, worked as a construction laborer for a while, and is now an OSHA safety inspector for a large commercial construction company. He explored.

Is it possible that a pay cut may be offset by job satisfaction or even accelerated future salary growth? Might even a pay cut keep you and your family economically solvent?

At times, we use a spreadsheet to demonstrate that 10 years at a higher income may result in less total earnings than 20 years at a lower income. Of course, you may say, that 20-year person has to work twice as many years. But, consider the bigger picture. Ten years doing what you may not enjoy could be a “jail sentence.” Twenty years doing what you love may feel like you retired 20 years ago. In this case, be aware that greater income in the immediate term may result in less income in the longer term.

Tom was a client who told us this story. His uncle had been an Information Technology Manager making $90,000 a year ten years ago. He was 50 years old and planned to retire early at age 60. His uncle then had a heart attack. After he recovered, his uncle took a contract IT job that paid $15 per hour. That job has now progressed into full-time employment at $25 per hour. He is now 62, thoroughly enjoys his job, and uses his five weeks of vacation each year as the only retirement he wants. He has no plan to retire. You too can choose to explore opportunities that are new to you. You too can earn more total income with a pay cut.

Mark worked as a financial analyst for the best paying employer in the area. He was paid $8,000 per month. As he began a new career search, he was fixated on that set salary. His lost income for the 24 months of his unsuccessful search was $192,000, plus lost benefits. He then had to file for bankruptcy. Just like our client example above who did not want to relocate for one year Mark began to receive job offers when he explored the possibility of reducing his salary. He then took a job at $4,500 per month. Instead of having lost income of $192,000 over 24 months, had he explored before he evaluated, he could have earned $108,000. 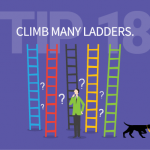 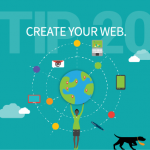